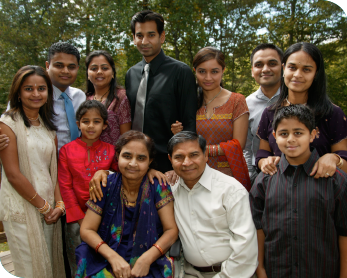 A disease that “takes your breath away”

Pulmonary fibrosis (PF) is a condition in which lung tissue becomes scarred, thickened, and stiff. The scarring is called fibrosis and makes it hard for a person to breathe. In people with PF, the tissue inside and between the air sacs becomes scarred and stiff. The scarring and stiffness make it hard for oxygen to pass through the walls of the air sacs into the bloodstream. As a result, the brain, heart, and other vital organs may not get the oxygen they need to work properly. As many as 200,000 people in the United States have pulmonary fibrosis. PF symptoms develop over time, the most common are shortness of breath and a dry, hacking cough. In some cases, doctors can determine the cause of the fibrosis, but in most cases, there is no known cause. PF can strike anyone, but the disease tends to affect men more than women and usually occurs between the ages of 50 and 70. There are now a number of ways to treat PF, including the use of medications, oxygen therapy, non-medical treatments such as exercise, and even lung transplant surgery. There are US Food and Drug Administration (FDA) approved medications that can be used to help patients affected by the disease. However, there is still no known cause or cure for IPF. An estimated 40,000 people die in the US each year from PF. The median survival rate is just two to three years following diagnosis, and more than two-thirds of patients will die within five years.

Molly was diagnosed with Idiopathic Pulmonary Fibrosis (IPF) in February 2003. Molly’s IPF progressed slowly then rapidly in these three years. First, she was only using oxygen with activity such as walking and climbing stairs. Then she needed oxygen 24/7 with increasing levels to do those same activities. She also used a wheelchair from time to time. Ultimately, she was wheelchair bound, even in the house. After that, she became practically bedridden and had difficulty doing everyday things that we take for granted, such as brushing her teeth and eating. There were no FDA approved treatments at the time. In June of 2005, we decided to go for a lung transplant, however the process was long and hard and it took seven months just to get on the list. For these seven months, she had doctor appointments, tests (such as x-rays and blood work), and an exercise program at least two to three times a week. Despite the difficulties of the disease and the lung transplant procedures, she remained strong and pushed herself everyday. She never complained and she was always happy and positive. She never let on how much pain and suffering she was going thru. She lived for us and thru us. She lost the battle after being on the transplant list for only three weeks. She obtained a lung infection and was no longer able to fight the disease. She passed away on February 28, 2006 with her entire family and best friend by her side. She was content with her life. Her last words were “I am very proud of my children and my husband.”